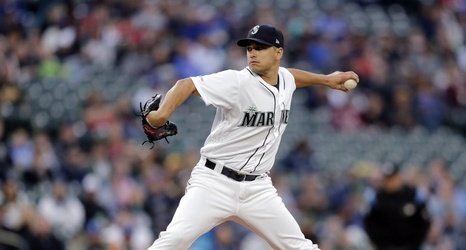 The Mariners paid one more fitting tribute to Felix Hernandez before his impending departure following the 2019 season. Though it’s one he and Saturday’s starter Marco Gonzales could have done without.

But since Hernandez’s career was filled with so many stellar outings ruined by lack of run support — an occurrence that did not go overlooked in the process — the Mariners decided to let Gonzales suffer a similar fate as Hernandez in their 1-0 loss to the A’s.

The unofficial term spurned by local fans and writers is “getting Felixed,” which is basically a brilliant start by Hernandez that was ruined by his teammates for any various reasons of ineptitude though usually failure to generate even a minimal amount of runs of support.