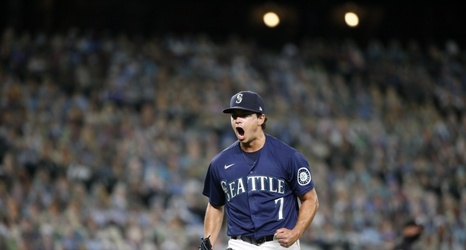 All baseball fans know the feeling. Some pitchers are just so effective that they seem unbeatable. In fact, Mariners fans probably know better than most, having followed both Randy Johnson and Félix Hernández through the primes of their careers.

When your ace is on the mound, you expect to win.

Marco Gonzales is an ace, and it’s about time the baseball world took notice.

“We feel like Marco is one of the most underrated starting pitchers in this league,” Mariners General Manager Jerry Dipoto said last winter.

Marco grew up in Colorado, but pitched at Gonzaga University, and settled in the Emerald City, so he’s a Seattleite through-and-though now.