Logan Gilbert needs to find an old friend in the curveball 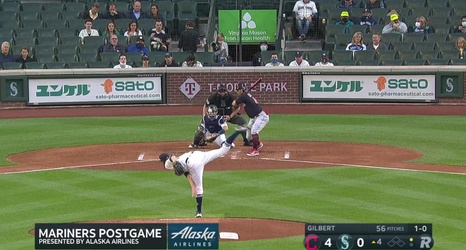 Having covered Logan Gilbert since he was drafted—from the wonky camera angles in the Sally League, to fixed-camera Modesto, to Arkansas, where the camera lens is seemingly constantly coated in coagulated bacon grease—including talking to or about him for interviews, I feel like there probably isn’t a pitching prospect in the system I’m more familiar with. I tracked Gilbert’s development of his changeup from Modesto to Arkansas, a pitch that was one of the last he added to his repertoire, and examined how he dropped a few MPH on his fastball in order to exact more command over its late movement.