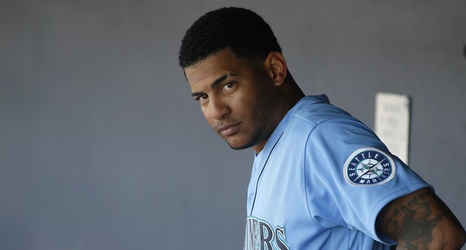 Among a handful of semi-expected roster cuts today...

...we got this bit of disappointing news:

Claimed off waivers from the Reds on February 3rd, Sirí brought former top prospect sheen and flashed tools that could make anyone dream. I mean marvel at this catch:

Unfortunately, Sirí’s approach at the plate remained raw and undisciplined in his brief time as a Mariner, striking out seven times over just 12 Cactus League plate appearances, with many coming on vicious, 110% effort swings. Yeah, small sample and spring training are both big caveats here, but per Baseball-Reference, Sirí’s average opponent quality worke out to just 6.