Jarred Kelenic is coming soon. Here’s what he’ll have to overcome when he arrives... 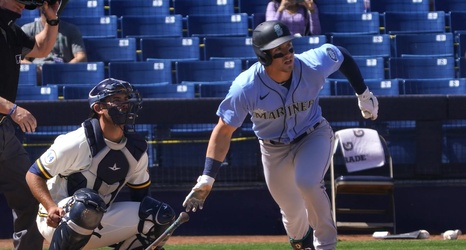 Jarred Kelenic’s career thus far has often developed in a spotlight cast down from the tip of the Space Needle, a totem representing the future and promise for Seattle. The Mariners took the tact of focusing some marketing efforts toward their prospects this year and last rather than highlight the team’s current roster construction, an active decision to shoulder more pressure on “Seattle’s chosen one.” Kelenic has been the subject of breathless debates over his prodigious talent, immediate big league capabilities, his overconfidence and all-business attitude. So what happens if it doesn’t immediately click?

Kelenic is a doo-swoop, powder-keg package equipped with a laboratory beaker-built jawline, genetically engineered to accept nothing but what is impossible.