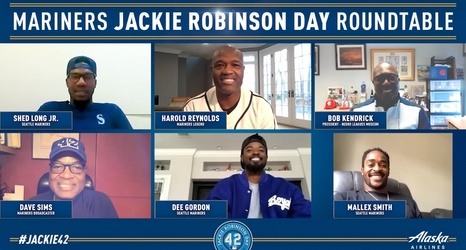 The panel of six went into depth on a variety of topics regarding Robinson, including his influence on each of them individually, his impact on baseball as whole, his style of play and the efforts made by Major League Baseball to continue making the sport more accessible to African American communities.