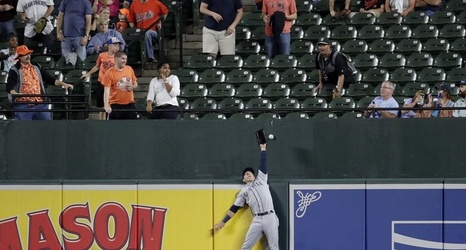 Hernandez (1-7) gave up five runs and eight hits over five innings as the Mariners opened the final road series of the year on a sour note.

The Mariners managed only four hits, although two of them — a homer and a double — came off the bat of rookie sensation Kyle Lewis.

Lewis staked the Mariners to an early lead when he drilled a first inning, two-run shot into the left field seats for his sixth homer in 10 big-league games.