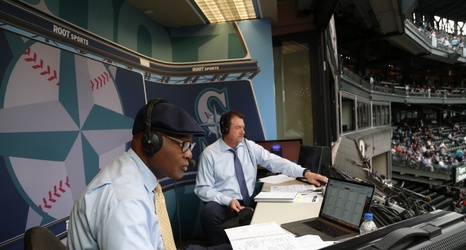 Seattle Mariners broadcaster Dave Sims has been named Washington Sportscaster of the Year for the state of Washington by the National Sports Media Association. It is the second consecutive year Dave has won the award.

Also being singled out for honor is Seattle Times columnist Larry Stone, who was named Washington Sportswriter of the Year.

The NMSA will honor Sims, Stone and 108 Sportscasters and Sportswriters of the Year from across the country at the 61st Annual NMSA Awards banquet on June 29, 2020 in Winston-Salem, North Carolina.

Sims is entering his 14th season with the Mariners broadcast team on ROOT SPORTS and the Mariners Radio Network.