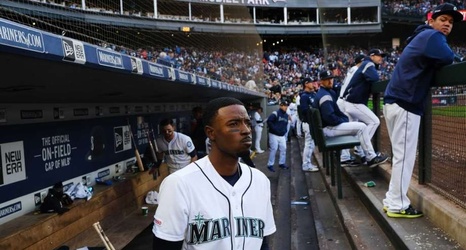 Black Seattle Mariners players sat down with team broadcaster Dave Sims for a virtual panel discussion about their experiences as Black men in America and baseball.

The conversation features four of the 10 African-American players on the Mariners’ 40-man roster: infielders Dee Gordon, J.P. Crawford and Shed Long Jr., and outfielder Kyle Lewis. Sims, the moderator, is one of two African-American play-by-play broadcasters in Major League Baseball.

The discussion premieres on the club’s Youtube channel at 11 a.m. PDT Friday, which is Juneteenth, the oldest nationally celebrated commemoration of the official ending of slavery in the United States.