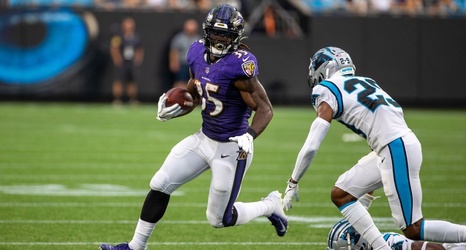 Edwards was slated to be the team's starter this season after J.K. Dobbins suffered a torn ACL in the preseason. The Ravens have also lost No. 3 running back Justice Hill for the season with a torn Achilles.

The Ravens signed veteran Le'Veon Bell to the practice squad this week and also signed running back Trenton Cannon to the active roster.