About Last Night: Kyle Lewis takes to the air 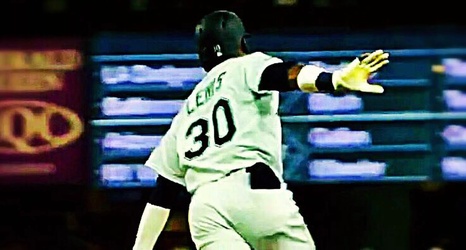 Barring the Mariners winning out down the stretch and all of the teams nearest to them suffering an epic collapse, this spring should bring the highest draft pick Mariners fans have ever seen in the Dipoto era. That will theoretically beat out the previous record holder from 2016—the 11th overall pick in Dipoto’s first full year as GM, and the player to make his major league debut in a particularly splashy fashion last night, Kyle Alexander Lewis.

Each year’s draft is a living organism with its own idiosyncrasies and surprises, and one of the biggest surprises for the Mariners was having Kyle Lewis “fall” to them at pick 11, after the polished college outfielder was projected within the top 10, or even the top 5 by some outlets, including MLB’s Jim Callis saying he’d have taken Lewis first overall.