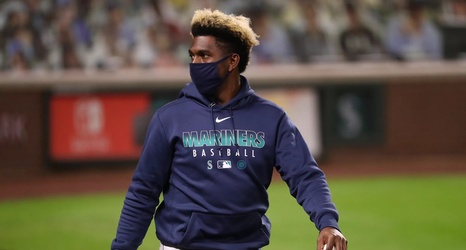 After a satisfying win in Game 1 that knocked the A’s out of securing the top seed in the AL, the Mariners will run it back in Game 2:

Well, not running it back, exactly; Seager moves to DH, France to third base, and Dee Strange-Gordon will get the start at second. Kyle Lewis also gets a breather after struggling over the past few games. Joe Odom, Dunn’s personal catcher, is in as well, with Torrens available as a bench option for later in the game.

The game starts...now? now-ish? These doubleheaders are so weird—having so many this year has really made it stand out how few the Mariners have done in the past—but I do like the seven-inning double-header, and according to the poll we ran a while back, so do most of you.