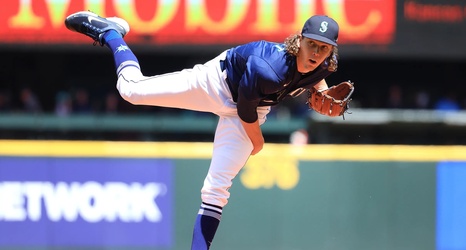 The Seattle Mariners take on the Blue Jays in Toronto for game two of the series, hoping to bounce back after a brutal 2-6 loss. The pitching matchup falls in the Mariners’ favor with the thus far stellar Logan Gilbert taking on José Berríos, who has given up five and six runs in his last two starts. Gilbert gave up four runs in his last start, a woeful grand slam off the bat of Rhys Hoskins, but he also struck out a season high nine batters.

Today’s lineup leaves something to be desired in the bottom third of the order, but with a struggling Berríos on the mound there is no better time than now for the entirety of the Seattle nine to capitalize in ways they’ve struggled to so far.