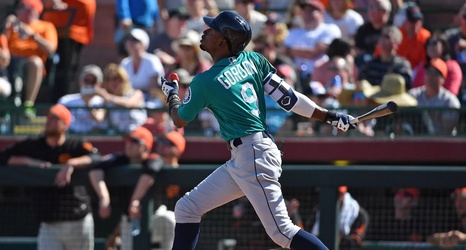 Hello! I have recently returned from a week at Spring Training, during which I watched the Mariners win one (1) game of the seven I attended. It was a pretty fun one, though, with a Marjama inside-the-parker and Art Warren coming in for the save. It is nice to be back in Seattle and find that everything bloomed and got warm in the week I was gone. Baseball is on the horizon.

Another sign of spring fast approaching: rosters have been trimmed down, meaning we’re seeing more lineups like the following:

I was bummed not to get to see Mills, Elledge, Walker, Koval, or some of the other young relief arms throw live when I was at ST, being treated mostly to a diet of Casey Lawrence and Chasen Bradford with some Morin/Moll action sprinkled in (like stalactites and stalagmites, the trick to telling them apart: Sam Moll is smol).