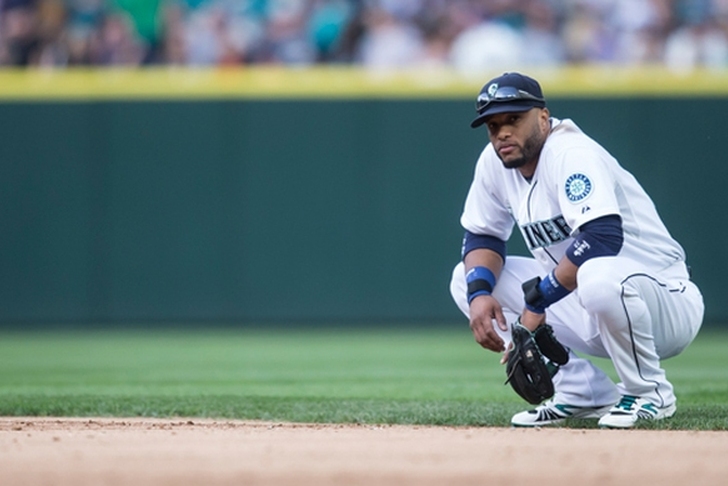 Seattle Mariners star Robinson Cano has been suspended 80 games after testing positive for a diuretic, according to ESPN.

Cano tested positive for the diuretic Furosemide, which violates the MLB's drug prevention and treatment program. He said he would accept the suspension, which begins immediately.

Under MLB's drug policy, a player is not automatically suspended for use of a diuretic unless MLB can prove he intended to use it as a masking agent.

A source familiar with the case told ESPN's T.J. Quinn that Cano tested positive before the season and appealed. During the appeal, MLB apparently was able to determine his intent, resulting in Cano dropping his appeal, the source said.

"Recently I learned that I tested positive for a substance called Furosemide, which is not a performance enhancing substance," Cano said in a statement. "... For more than 15 years, playing professional baseball has been the greatest honor and privilege of my life. I would never do anything to cheat the rules of the game that I love, and after undergoing dozens of drug tests over more than a decade, I have never tested positive for a performance enhancing substance for the simple reason that I have never taken one.

"This was the most difficult decision I have ever made in my life, but ultimately the right decision given that I do not dispute that I was given this substance. I apologize to my family, friends, fans, teammates and the Mariners organization. I am extremely grateful for the support I have received during this process, and I look forward to rejoining my teammates later this season."

"Robinson made a mistake," the team said in a separately released statement. "He has explained to us what happened, accepted the punishment and has apologized to the fans, the organization and his teammates. We will support Robinson as he works through this challenge."