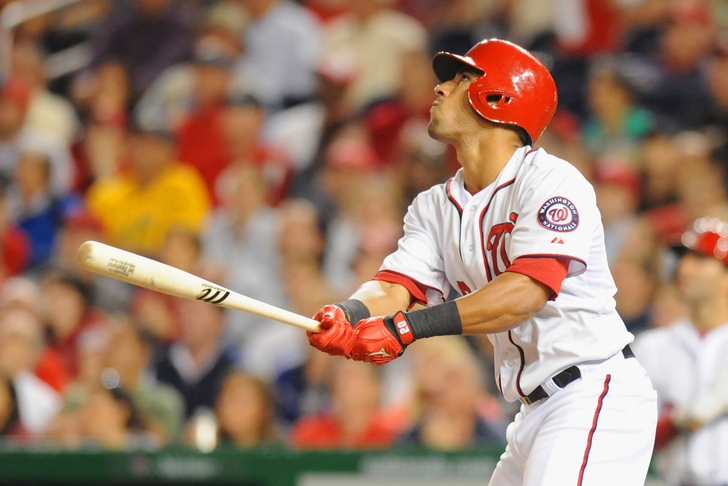 The Seattle Mariners are reportedly working hard to find another hitter this offseason, and it's possible that they have their sights set on Washington Nationals shortstop Ian Desmond.

According to Chris Cotillo of SB Nation, despite the team's stated need for an outfielder, Desmond still remains on the table as a potential trade option:

ESPN's Jerry Crasnick caused quite the stir on Tuesday by tweeting out the Mariners were "closing in" on dealing for a hitter, without mentioning a hitter by name.

Regardless as to whether or not Desmond is the actual guy the Mariners are targeting, Ryan Divish of the Seattle Times believes that the Mariners will get some sort of trade done in the next 48-72 hours:

If that's the case, Crasnick believes the Mariners will acquire a right-handed hitter, thus ruling Atlanta Braves slugger Justin Upton out of their plans.

My sense is it's a RH bat and someone who hasn't been mentioned in a ton of #mariners speculation. That's all I got.

Follow our Seattle Mariners team page for all the latest Mariners rumors!