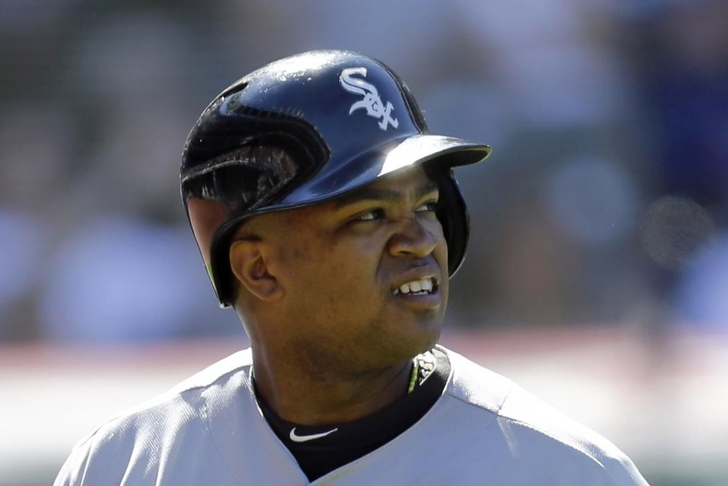 The Seattle Mariners are always on the lookout for right-handed power, and GM Jack Zduriencik has reportedly been enamored in the past with exiled Chicago White Sox outfielder Dayan Viciedo.

Chicago requested release waivers for Viciedo earlier this week, so it's possible the Mariners could make a play on the 25-year-old either pre- or post-release.

However, according to Charlie Spencer-Davis of Sodo Mojo, Viciedo is both a bad fit and an unnecessary piece after the signing of Nelson Cruz to a long-term deal:

Viciedo has 66 home runs in the MLB, but the Mariners have 68 million reasons why they don’t need the clunky slugger: recently signed boomstick Nelson Cruz. The four-year, $68 million contract inked with the veteran outfielder signals the M’s desire for power in their lineup. And Cruz’s career .268/.328/.501 triple slash sure looks a lot prettier than Viciedo’s. And, if the M’s really just want a power-hungry right-handed hitter in their lineup, Cruz averages 33 home runs per 162 games compared to Viciedo’s 22.

Spencer-Davis also points out that now is not the time to "take flyers" on projects like Viciedo, especially with the former White Sox OF seemingly regressing in every department except for his power numbers (21 home runs in 2014).