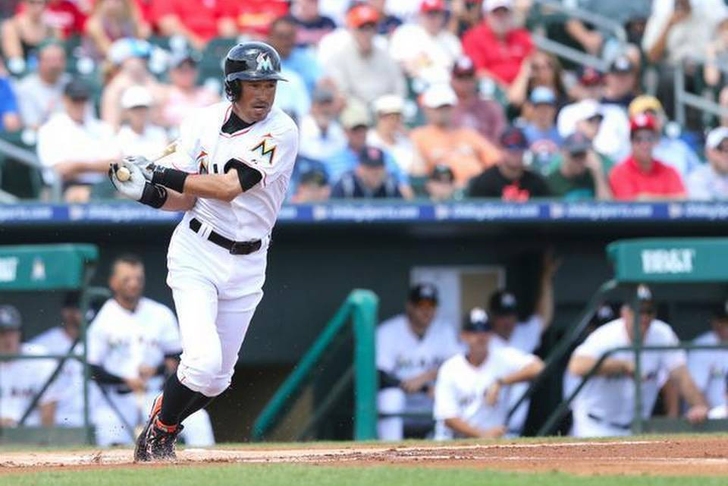 We're less than three weeks away from the 2015 MLB trade deadline, which means there are plenty of rumors swirling around the Seattle Mariners and what they might do on the trade market. Here are three trades they could make at the deadline:

Trade prospects to Marlins for Ichiro

Geoff Baker of the Seattle Times thinks that Ichiro could be a good fit for the team, adding some defensive help to the outfield and some on-base ability to their struggling lineup.

Seattle's front office hasn't said publicly that they're interested in bringing Ichiro back to Seattle, but expect rumors to heat up as the trade deadline draws closer.

The Mariners are looking to add a catcher by the MLB trade deadline to help boost their chances at making a run towards the postseason, and they've had preliminary talks with the Atlanta Braves about acquiring A.J. Pierzynski, according to Fox Sports' Jon Morosi:

Sources: Mariners and Braves discussed deal involving A.J. Pierzynski, but he's not the catcher Seattle is close to acquiring. @FOXSports

Pierzynski is batting .283 with six home runs and 30 RBIs in 60 games this season.

Philadelphia has made everyone on their roster available for a trade, and the Mariners have shown interest in adding Ben Revere.

The 27-year-old struggled offensively early this season, but has posted a .294/.335/.377 batting line to complement one home run and 23 RBIs through 85 games. He has also stolen 21 bases, providing the Mariners with more spped along the basepaths.

Follow our Seattle Mariners team page for all the latest Mariners news and rumors!