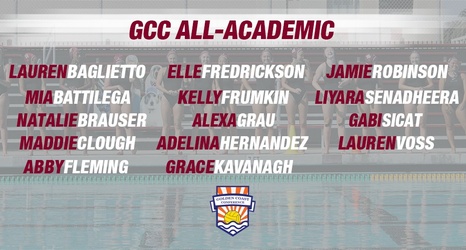 Frumkin and Sicat earned spots on the team all four years. Battilega made her third-consecutive appearance and Baglietto, Brauser and Fleming were on it the last two seasons.

The team consists of members who carried a 3.0 cumulative GPA (on a 4.0 scale), played in at least 50 percent of the team's contests and was classified as a full-time student who has completed a minimum of one semester or two quarters at her institution.