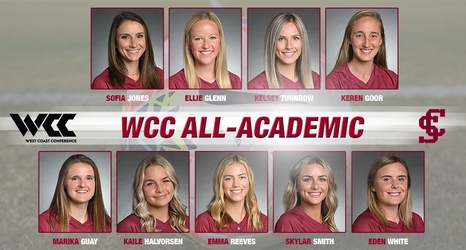 At the conclusion of each athletic season, the WCC selects an all-academic squad for each WCC-sponsored sport. To be considered, a student-athlete must maintain at least a 3.