Women's Basketball Rolls Into Second Round of WCC Tournament 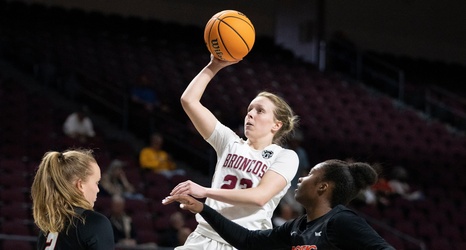 LAS VEGAS – Seventh-seeded Santa Clara women's basketball took care of 10th seed Pacific 93-69 Thursday afternoon in the first round of the West Coast Conference Tournament from the Orleans Arena. The 93 points was the team's most this season.

On offense, it was the Lindsey VanAllen and Merle Wiehl show for the Broncos (15-14) but seven others got in the scoring column with all of them making at least one field goal. VanAllen finished with 31, one off her career-high and her third 30-point game this season. She was 9-of-19 from the field and connected one three 3-pointers as well.