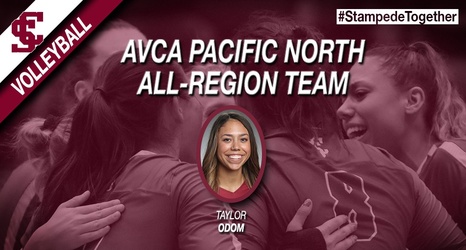 LEXINGTON, Ky. — Santa Clara volleyball's Taylor Odom has earned another major accolade for her stellar 2019 campaign. The middle blocker was named to the AVCA Pacific North All-Region Team, announced by the association on Tuesday.

Odom finished the 2019 season with an NCAA-best and SCU single-season record 196 total blocks, also good for fourth all-time in the West Coast Conference. Her 1.63 blocks/set are tops in the WCC and third in the country in addition to ranking first all-time for the Broncos in the 25-point format and second all-time in a single season.