Jason Witten retiring from NFL after 17 seasons, plans to do so with Dallas Cowboys 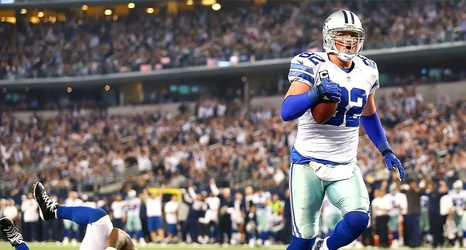 FRISCO, Texas -- After 17 seasons, Jason Witten is retiring from the NFL. He intends to sign a one-day contract and retire as a member of the Dallas Cowboys in March when his contract with the Las Vegas Raiders expires at the end of the league year.

Witten, 38, played 16 seasons with the Cowboys and spent 2020 with the Raiders. No tight end in NFL history has played more games than Witten's 271, and only Hall of Famer Tony Gonzalez has more receptions and yards at the position.

"A coach once told me, 'The legacy of heroes is the memory of a great name and the inheritance of a great example,'" Witten told ESPN.