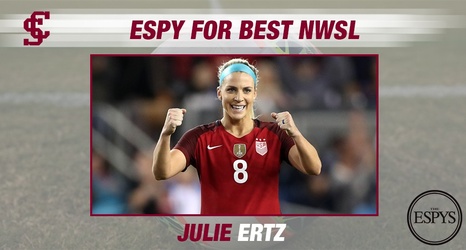 NEW YORK – For the second time, Santa Clara women's soccer alum Julie Ertz has won an ESPY. She won the award as Best National Women's Soccer League (NWSL) on Saturday. Her first ESPY was the 2018 Female Athlete of the Award.

She was recently named one of 18 players on the roster for the delayed Tokyo 2020 Olympic Games this summer.