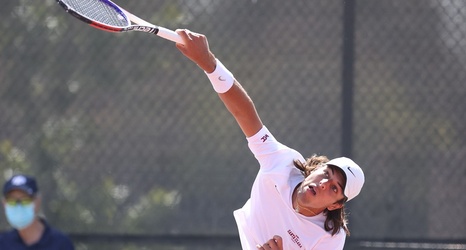 Dalmasso fell to Stanford's Aryan Chaudhary 6-3, 6-4. The sophomore had won four-straight in the tournament to advance to the finals of the main draw, qualifying him for next week's Super Regionals in Seattle.

In the consolation bracket finals, Ali lost to Carl Emil Overbeck of Cal 6-2, 7-5.

The five-day tournament began last Wednesday with 60 singles entries and was played at the Timothy Korth Tennis Complex on the campus of Saint Mary's College.