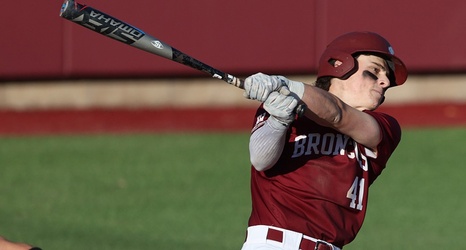 SANTA CLARA, Calif. - Michael O'Hara and Mike Bowes each drove in three runs as Santa Clara baseball scored all of its runs in the second and third innings in a 11-3 rout of BYU on Friday.

O'Hara went 2-for-4 and scored two runs while Coleman Brigman and Jason Dicochea each drove in two runs. Tony Boetto had a game-high three hits.

In the second inning, O'Hara kicked started the Bronco offense with a two-run single against BYU starter Carter Smith to put SCU up 2-0.