Baseball Faces BYU at Home This Thursday to Saturday 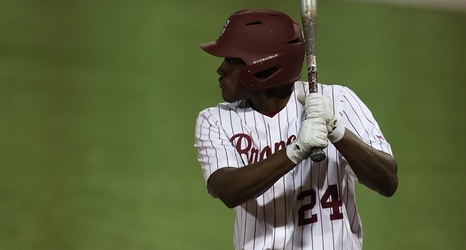 SANTA CLARA, Calif. - Santa Clara baseball will kickoff a season long six-game homestand starting with this weekend's series against BYU on Thursday. The first pitch for Thursday and Friday is at 3 p.m. with the series finale on Saturday at 1 p.m. from Stephen Schott Stadium.

Due to current State of California guidelines, spectators will not be permitted inside Stephen Schott Stadium. In addition, only essential personnel is allowed on campus. The general public is allowed only to 'pass through' campus, such as on a walk, but no lingering, gathering, lounging, etc. is permitted.