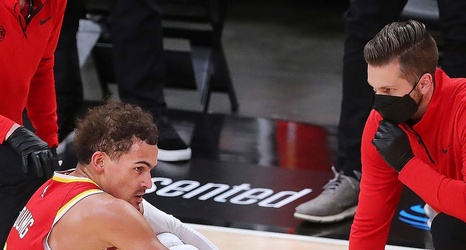 Atlanta Hawks star Trae Young is out for Game 5 of the Eastern Conference finals against the Milwaukee Bucks on Thursday with a bone bruise in his right foot, sources told ESPN's Adrian Wojnarowski and Malika Andrews.

The injury forced Young to sit out Tuesday night's 110-88 victory in Game 4. Young will continue to rehab with hopes of playing in Game 6 on Saturday in Atlanta.

Bucks star Giannis Antetokounmpo was also ruled out of Thursday's game after suffering a hyperextended left knee during Game 4.