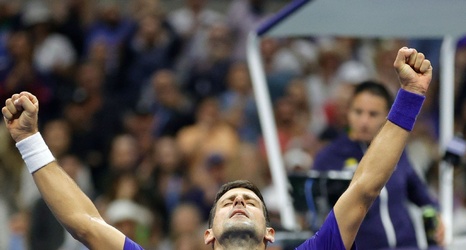 The game featured one extended exchange after another, including a 53-shot, minute-plus point that was the longest of the tournament and actually was lost by Djokovic on a forehand winner by Zverev, who hunched over with his hands on his knees as most of Arthur Ashe Stadium's 21,139 spectators rose in unison on a cool, crisp evening.