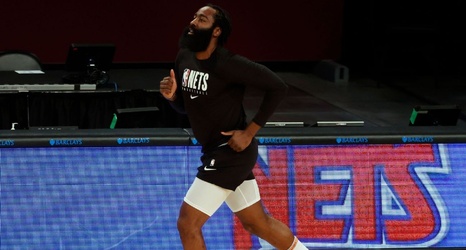 NEW YORK -- James Harden made his debut with the Brooklyn Nets on Saturday night against the Orlando Magic.

Harden, who was traded to Brooklyn by the Houston Rockets as a part of a four-team deal earlier this week, started for the Nets in his first on-court action with the team.

On Friday, James was ineligible to practice with the Nets because all the players involved in the trade had not passed their physical exams.