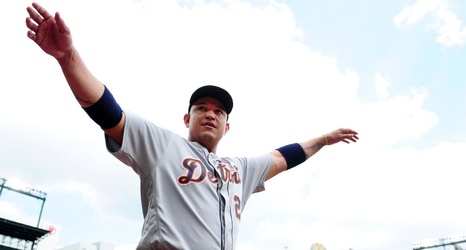 Miguel Cabrera is now part of one of the most exclusive clubs in baseball.

Cabrera put an exclamation point on his career when he became the 28th member of the 500-home run club with a sixth-inning blast for the Detroit Tigers on Sunday.

Now in his 19th season in the majors, Cabrera foretold his future greatness in his first major league game back on June 20, 2003, when he hit a walk-off home run to dead center field in the bottom of the 11th inning for the Florida Marlins.