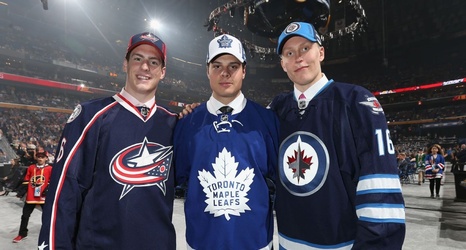 The Blue Jackets and Jets have completed a blockbuster trade to swap disgruntled stars as winger Patrik Laine is headed to Columbus while center Pierre-Luc Dubois has landed in Winnipeg.

Forward Jack Roslovic, a Columbus native, is also headed to the Blue Jackets as part of the deal. Columbus is sending Winnipeg its 2022 third-round pick.

Dubois, 22, signed a two-year, $10 million contract extension ahead of training camp, though sources confirmed to ESPN that as he negotiated, he also told management he had a desire to be traded.