Will Sharks Stick With Game 5 Lineup Change In Game 6? 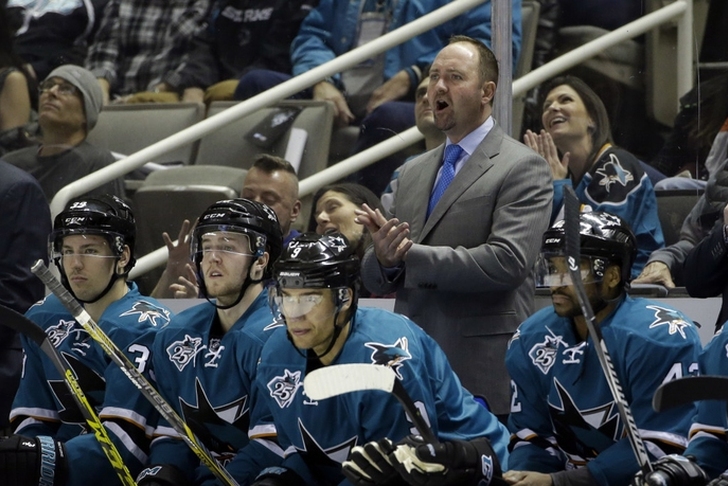 The San Jose Sharks had kept the same lineup throughout the playoffs until Game 5 against the Nashville Predators, when Dainius Zubrus was inserted into the fourth line for Tommy Wingels. It wasn't a major change, but one head coach Pete DeBoer felt was necessary heading into the contest.

“Not that [Tommy Wingels] was poor, but there were a few guys there that we considered," head coach Pete DeBoer told CSN Bay Area Insider Kevin Kurz. “I think the other factor that went into it was more what we felt Zubrus would bring. He’s fresh, he’s healthy, he didn’t just play six periods and fly across the country. He’s a big body. I don’t think we’ve been inside of their [defensemen] enough."

Zubrus, while not incredible, did look worthy of a spot. In 11 minutes, the Lithuanian collected six hits and one blocked shot, finishing with a +1 differential at even strength. While Wingels has not been the worst Shark to log regular ice time this postseason -- that distinction belongs to Chris Tierney -- the line seemed to have an improved chemistry with Zubrus.

That alone should be enough for DeBoer to stand pat with this group going forward, but we likely won't know for sure until Monday. The puck will drop for Game 6 at 9 p.m. ET at Bridgestone Arena, with San Jose looking to win its first road match of the series.