Winning Play: The Other Karlsson 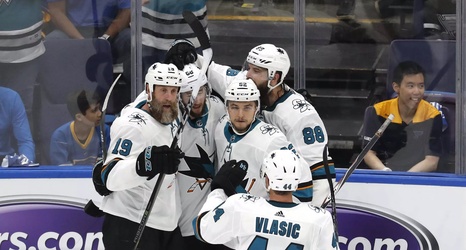 In March, I mused about who should slide next to Joe Thornton and Kevin Labanc on the San Jose Sharks’ third line. Marcus Sorensen, who is probably not among the team’s top-nine most-skilled forwards, earned the job.

“He plays such an honest game. Straight line speed,” DeBoer indicated. “But he also plays much bigger than his size. He gets inside people. He gets in and wins battles and pucks.”