William Eklund loaned to SHL for remainder of season 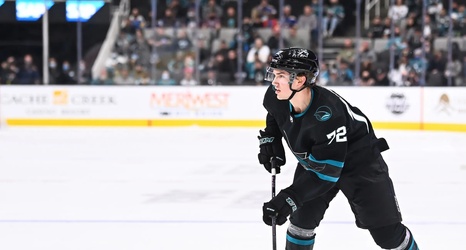 Following the nine game deadline for juniors-eligible players, the San Jose Sharks have loaned forward William Eklund to Djurgardens IF of the Swedish Hockey League for the remainder of the 2021-22 season.

This may come as a shock to some, as Eklund had been penciled into the team’s top-six all season long, where he registered 4 points (0 goals, 4 assists) through nine NHL games. He’ll now return to the Swedish club he spent his past two seasons with in Djurgardens, and try to develop his game there.

“This was one of the toughest decisions we have had to make,” said Sharks general manager Doug Wilson in a release.