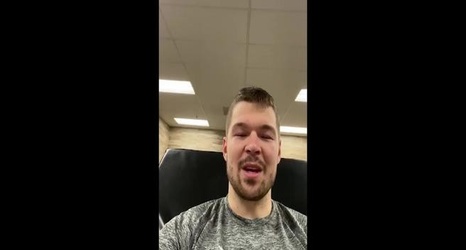 The Czech forward’s first Sharks linemates were Joe Thornton and Brent Burns, who then-San Jose coach Todd McLellan moved up from defense during the lockout-shortened 2012-13 season. Hertl scored seven goals in his first five games, including a historic four-goal performance in his third.

Playing with Thornton and Burns allowed Hertl to debut in unforgettable fashion.

"Actually, it was the best line you could imagine: It was [Burnzie] and [Jumbo],” Hertl told ESPN’s Greg Wyshnski in a piece about past and present NHL players’ first linemates.