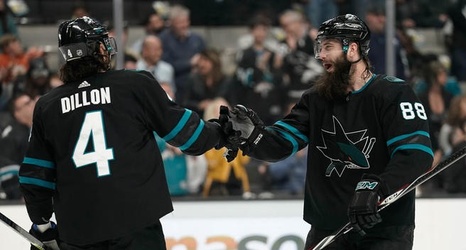 If the Sharks are going to make a big move at the trade deadline, it's going to involve one of their defensemen. While there are numerous forwards that could get traded elsewhere, like Melker Karlsson, Joe Thornton and Patrick Marleau, they're not going to bring back the kind of return that will significantly expedite a rebuild. Timo Meier is the lone exception, but San Jose would have to be blown away with an offer to move on from the talented 23-year-old, and even then, it's not certain general manager Doug Wilson would elect to do so.

So, if the Sharks are going to beef up their roster for the future, it will likely involve taking a step back in the present, with a prominent defenseman on his way out.