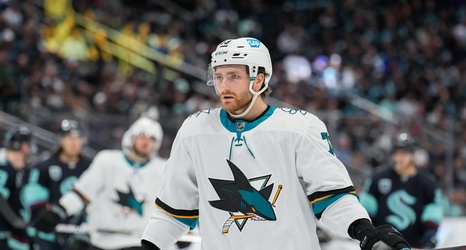 A glance at Noah Gregor’s NHL stat lines might seem underwhelming to those who haven’t watched the speedy forward play. Prior to the 2021-22 season, Gregor played a total of 58 games over the course of two pandemic-shortened seasons, and scored just eight goals combined.

This season, on the surface, appeared to promise more of the same. Between his call-up to the San Jose Sharks in November and the end of March, Gregor amassed just four goals. He posted one of the lowest shooting percentages in the league and many questioned head coach Bob Boughner for routinely placing Gregor in the line-up.