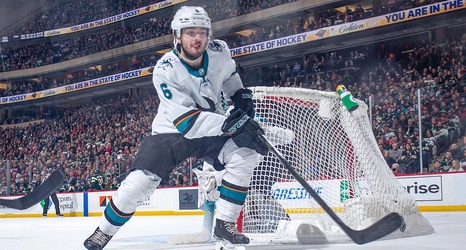 Arguably the most anticipated player drafted by the San Jose Sharks in the past five years — who isn’t named William Eklund — is offensively-talented defender Ryan Merkley. For those who have followed his career, there’s good reason to believe that he is on track to becoming a full-time NHL player.

All of his NHL experience comes from his debut campaign this last season, where he earned five assists and netted his first NHL goal through 39 games. Despite modest numbers, Merkley has easily become a regular option on the third pair after first stepping in for the eighth game of the season while the Sharks dealt with early injuries on the blue line.