Top 25 Sharks Under 25: No. 13 Jayden Halbgewachs needs to out-play his size 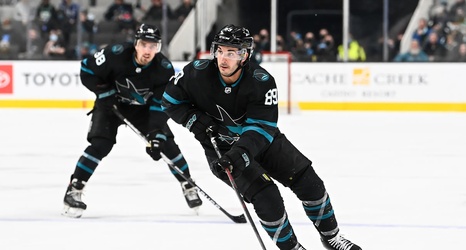 There are two things that immediately stand out about 25-year-old Jayden Halbgewachs.

The first is his name, which might call to mind a particular SNL sketch (“It has like 30 letters in it, none of which are vowels”). The other thing is his size.

When the San Jose Sharks signed Halbgewachs in 2017 as an undrafted free agent after the forward led the entire CHL in scoring as an overage WHL player, there was still a chance that he would add at least of couple of inches to his 5-foot-8 frame — and if nothing else, develop some muscle that would sharpened his shot and speed to an NHL calibre to make up for what he lacks in size.