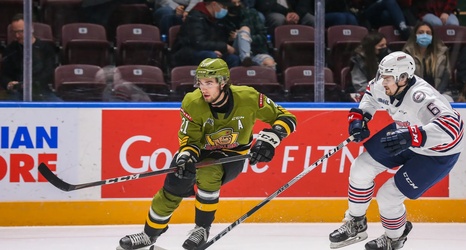 It’s easy to get lost in the shuffle of Brandon Coe’s draft class, especially considering that save for Raska, those mentioned were drafted ahead of the fourth-round selection (98th overall), who has played four years of juniors hockey with the OHL’s North Bay Battalion.

The issue extrapolates looking at the wider spectrum of that year’s draft, as nine of that draft’s top-10 picks have already seen time in the NHL; Alexis Lafreniere (NYR), Quinton Byfield (LAK), Tim Stutzle (OTT), Lucas Raymond (DET) and Jamie Drysdale (ANA) have all seen substantial NHL time and are already playing regular roles on their respective NHL clubs.