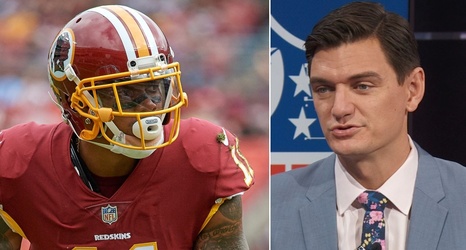 Free-agent receiver Terrelle Pryor is in critical condition following surgery after he was stabbed Friday night at his apartment, a source told ESPN's Adam Schefter.

Pryor was stabbed in the chest and shoulder, according to the source.

The incident took place at the Heinz Lofts apartment complex in Pittsburgh, according to WTAE-TV.

An unidentified woman is in police custody, according to the station.

Pittsburgh Police said they are investigating after officers were called for a male stabbing victim who had walked into the hospital just after 4:30 a.