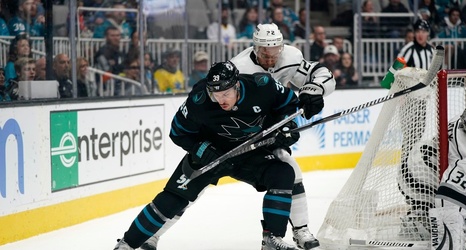 SAN JOSE — The best teams that Pete DeBoer has had in his time with the Sharks have been able to quickly recognize what’s gone wrong after a loss and fix it in time for the next game.

This year’s Sharks team is starting to share some of those same attributes, as they were able to distance themselves from an ugly loss earlier this week to beat the Los Angeles Kings on Friday.

Patrick Marleau scored his 557th career NHL goal, Noah Gregor scored his first and Martin Jones made 32 saves to help the Sharks top the Kings 4-1 and close out a critical month at home on a positive note.