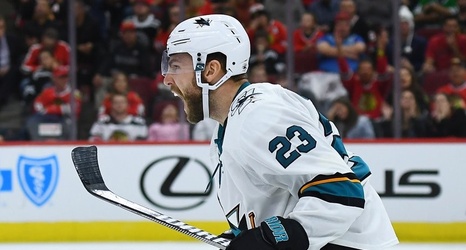 CHICAGO — Sharks forward Patrick Marleau scored twice and was named the first star of Thursday’s game against the Chicago Blackhawks. Logan Couture was named the third star after he played 20 minutes of solid two-way hockey.

But the thing that impressed Sharks coach Pete DeBoer the most in his team’s 5-4 win over the Blackhawks at the United Center was how they played in the third period.

From DeBoer’s perspective, it may have been the finest his team looked all season.