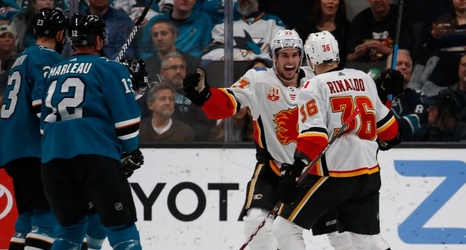 SAN JOSE — This time, the San Jose Sharks could not overcome a sloppy start against a Pacific Division rival from the province of Alberta.

The Sharks fell behind by three goals in the first 10 minutes and never recovered in a 6-2 loss to the Calgary Flames at SAP Center.

Goalie Aaron Dell didn’t get much help from the skaters around him as the Flames scored three power play goals, including one by Milan Lucic just 4:05 into the first period.

Flames forwards Tobias Rieder and Zac Rinaldo also scored early in the first period as the Flames took a 3-0 lead and never looked back.