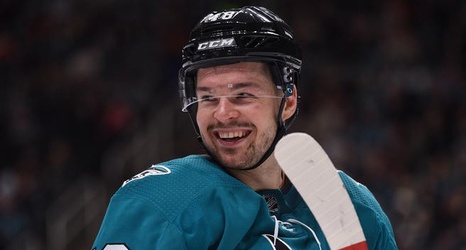 The Sharks’ center kept pointing to positives during a 12-minute meeting with the media, with nothing in his body language belying the words coming out of his mouth.

“I don’t know how he does it,” Sharks interim head coach Bob Boughner said, “but he still has a smile on his face every day.”

Hertl has reason to rock a frown. He was in the midst of a career year, four days removed from his first NHL All-Star Game appearance when an odd collision with Vancouver defenseman Chris Tanev tore his left knee’s ACL and MCL.