Sharks takeaways: What we learned in surprising 2-0 win over Wild 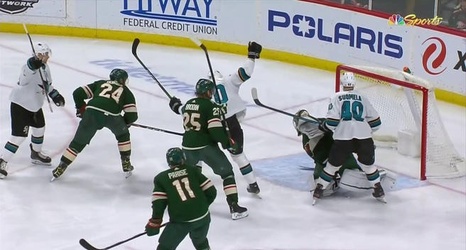 The Sharks were in a hole before the puck dropped Saturday.

They didn't trail before facing off against the Minnesota Wild, but they might have felt that way on the second night of a back-to-back. Star defenseman Erik Karlsson was ruled out for the rest of the season with a broken thumb and Evander Kane was handed a three-game suspension hours before the game.