Sharks takeaways: What we learned in disappointing 6-2 loss to Flames 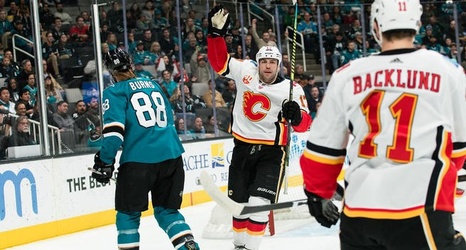 For a while there, it looked like the Sharks might complete their third straight come-from-behind win at SAP Center on Monday night. Instead, the brief streak came to an end with a 6-2 loss to the visiting Calgary Flames.

For the third consecutive contest, San Jose failed to score the first goal, as Milan Lucic got the Flames on the board just over four minutes into the game. 34 seconds later, the Sharks were in a 2-0 hole and by midway through the first period, Calgary held a dominant 3-0 advantage.

To the Sharks' credit, they battled back.