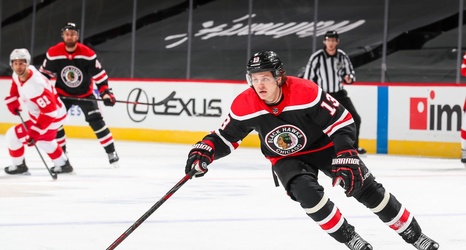 The trade deadline makes for unlikely bedfellows, especially in a season with a flat cap. Sharks general manager Doug Wilson has made it clear that the team’s cap space is for sale and taking him up on that offer is none other than the rival Vegas Golden Knights.

The trade between the Golden Knights and the Chicago Blackhawks involves sending 28-year-old forward Mattias Janmark and a 2022 fifth-round pick to Vegas in exchange for a 2021 second-round pick and a 2022 third-round pick.

To make the money work on Janmark’s $2.25 million cap hit, the Sharks have taken on a portion of his salary.