Sharks storylines, developments to watch through remainder of season 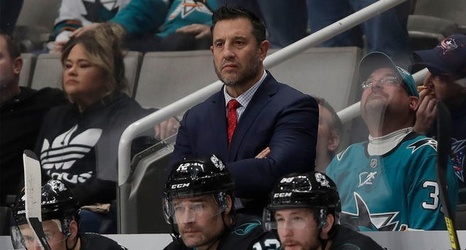 Heading into the All-Star break last season, the St. Louis Blues were a .500 team (22-22-5). In the 33 regular-season games that followed, they caught fire and carried that momentum to the first Stanley Cup in franchise history.

This season, the Sharks enter the All-Star break four games below .500 with 32 games left to claw their way back into playoff positioning and hopefully do the same. As the Blues proved, it's not out of the realm of possibility, but if we're being realistic, it remains a longshot.

Whether the Sharks qualify for the postseason for the 20th time in the last 22 years or end up in dead last, there are a few potential developments to keep an eye on throughout the remainder of the season that will have an impact on the team both in the present and well into the future.